Microsoft Office vs Google Workspace: The best option for you or your business
Published on: 24th June 2022 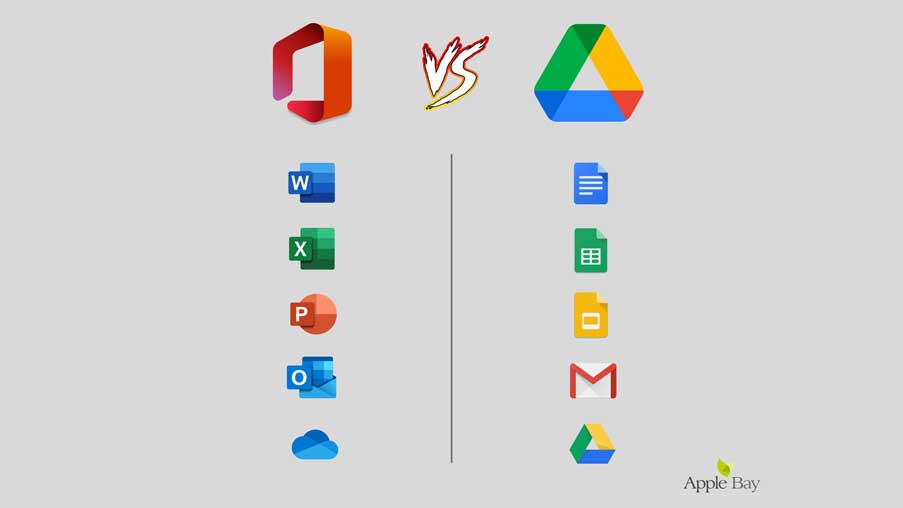 Google workspace or Microsoft Office, this is a choice many business startups, students and individuals have a hard time making. For a long time Microsoft Office was widely accepted as the default option.

However with the emergence of Google’s own set of apps, many organizations have opted to rethink their strategy and switch over from Office. Mainly because Google’s suite offers a comprehensive selection of features that takes care of all your IT needs, and it’s free (for the most part)!

In this blog post we are going to put them head to head in the ultimate test, to find out which is better. Exploring things like: price, ease of use, storage, integration of third-party apps and mobile usage. Each category will be based on the circumstances for one single user.

Let’s start with price; the bottom line for many businesses and individuals when making a decision like this.

Microsoft Office starts at £7.99/month for home usage and £4.50 (web app only) or £7.90 (licence to download apps) for business use. This will allow you 1TB of cloud storage through ‘OneDrive’ and access to the full set of Microsoft Office apps.

Google Workspace is a web based service which is free to use. It comes with 15GB of cloud storage through Google Drive, with an option to upgrade storage if needed. The price for upgraded storage is as follows: 100GB for £1.59/month, 200GB for £2.49/month and 2TB for £7.99/month.

I suppose this category comes down to your usage needs. For me, Google Drive is the better priced option; you don’t need to pay anything to begin with and if you are only storing documents rather than pictures, 15GB of storage will last you a long time. For others that may travel a lot without internet access or need more storage, Microsoft Office may seem like the better option based on the fully licensed downloadable apps option (more on this later).

When it comes to collaboration, Google Workspace is unrivaled. Since it’s a cloud based program, sharing and collaborating couldn’t be easier. With Google Workspace you can share a document with a colleague or friend to not only allow them to view it but also edit at the same time as you, while seeing updates in real-time. This feature is perfect for student group work or collaboration at work. You can also leave comments at the side of a document for your peers or colleagues to review. 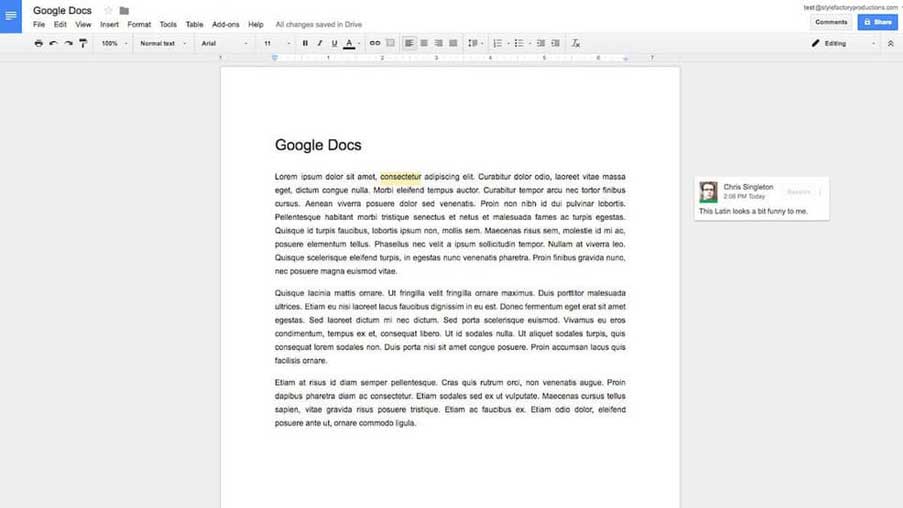 Microsoft Office used to be a bit more limited in terms of collaboration but has since adopted a similar feature whereby you can collaborate both on the web app and desktop apps with real time editing/sharing. Although Microsoft now boasts the same features as Google, there are however a few issues with the desktop version when editing in real time. After using the desktop versions of Microsoft 365 apps, collaborating wasn’t quite as smooth a process as doing so using the online versions — in my tests I found that the installed versions were occasionally a little sluggish when it came to displaying updates to my documents — but on the whole, they all worked fine.

I would on balance say that collaboration functionality in Google Workspace is a bit easier to get your head around than Microsoft 365’s, possibly because the product was created with collaboration as a key feature whereas Microsoft Office has evolved to integrate collaboration features. It’s also worth noting, you need an internet connection to collaborate on both web apps and also the Microsoft desktop apps.

When it comes to using the two different suites, Microsoft Office (desktop version) is by far the easiest one to use while not connected to the internet. Although you can’t use certain features like cloud storage and real-time collaboration, you can still edit your documents and save them locally on your machine’s hard drive.

Google Drive is usable when not connected to the internet but it requires you to download your document beforehand. This isn’t ideal, especially if losing internet connection isn’t planned. You could imagine if you’re on a long train journey and you plan to work for the whole 2 hours. 1 hour in and you’re on a roll when suddenly, your internet connection drops. Even if it comes back 20 minutes later, your workflow is gone and you just can’t get back into the swing of it. This frustrating situation could be enough on its own to push you towards choosing Microsoft Office over Google Workspace.

Both sets of apps have very similar user interfaces and are fairly straightforward to use. The beauty of the internet today is that there’s a video tutorial on just about everything so if you were to find yourself struggling on how to use or locate a certain feature, help is never too far away.

I suppose this category comes down to which one you’re used to: if you’re someone who has predominantly used Microsoft Office in the past, naturally, the easier one to use will be the one you’re familiar with. That being said, switching over isn’t too much of a headache due to what was mentioned above, they both have similar interfaces with the main features located in pretty much the same place on both.

Both providers offer reliable cloud storage in the form of OneDrive for Microsoft and Google Drive for Google. There isn’t much that sets the two suites apart in this category bar a few notable points:

Arguably the best thing about using Google over Microsoft is the ability to integrate third-party apps. With a click of a button you can view and add a wide variety of add-ons to make your life easier. Things like: language translator, equation inserter and others are all available on the Google Add-on library.

The best thing of all is that developers are constantly updating and creating new apps to innovate the way you work. These handy add-ons will move with the times as technology advances and allows you to customize your tools to suit your needs.

As you’d expect, there are mobile apps (iOS and Android) available for both Google Workspace and Microsoft 365 — these allow you to access and edit your files on the go.

My experience with both has been fairly positive — it’s certainly possible to access the information quickly on both sets of apps easily, but I’m not sure how inclined I’d be to do a lot of editing of spreadsheets, for example, on a smartphone (far too fiddly!).

The good thing about both sets of mobile apps is that they make editing your work on-the-go in areas where you don’t have Internet access very easy — so long as you save the files you want to work onto your mobile device before you go offline.

Microsoft’s approach to mobile apps is slightly different to Google’s — in addition to providing separate mobile versions of their products, the company has created an app that combines quite a few of them into one product.

Called ‘Office Mobile,’ it lets you view, edit, and share Excel, PowerPoint and Word files without the need to switch between different apps. Some PDF creating and note-taking facilities are also included as features.

Realistically, a majority of users will probably end up using the mail applications the most — and these are the apps I’ve had the most experience with. Google’s mail app (Gmail) is undeniably brilliant when it comes to searching for old messages — as you’d expect from a company that started life as a search engine. However, as with the browser-based version of Gmail, you can’t sort or group mail by sender using the mobile app — and this will annoy some users. 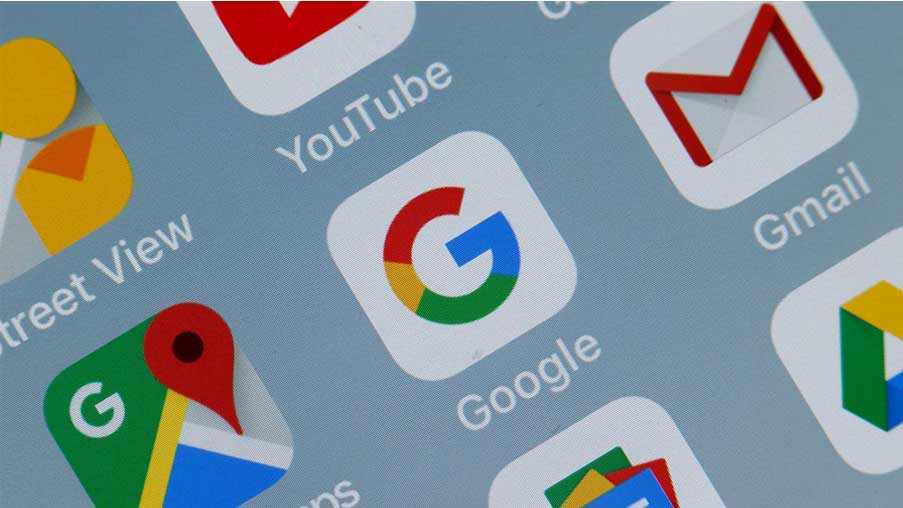 The mobile version of Outlook is a bit disappointing too: you can filter mail by unread or flagged messages (as well as those containing attachments), but as is the case with the Gmail app, you can’t sort or group mail by sender.

In terms of which of these apps is best, I would say that it depends on whether you value search-ability over having urgent emails flagged up via the ‘focused inbox.’ If you prefer, there’s always the option to use your device’s default Mail app with either Microsoft 365 or Google Workspace too.

When making the decision, I would focus on the following 6 points:

More from our blog: https://apple-bay.co.uk/my-blog/