MacOS Monterey: Shall I update now or wait?
Published on: 24th February 2022

Now that MacOS 12.2 is out, let’s dive in and explore the pros and cons of updating to Apple’s new ‘Monterey’ operating system. 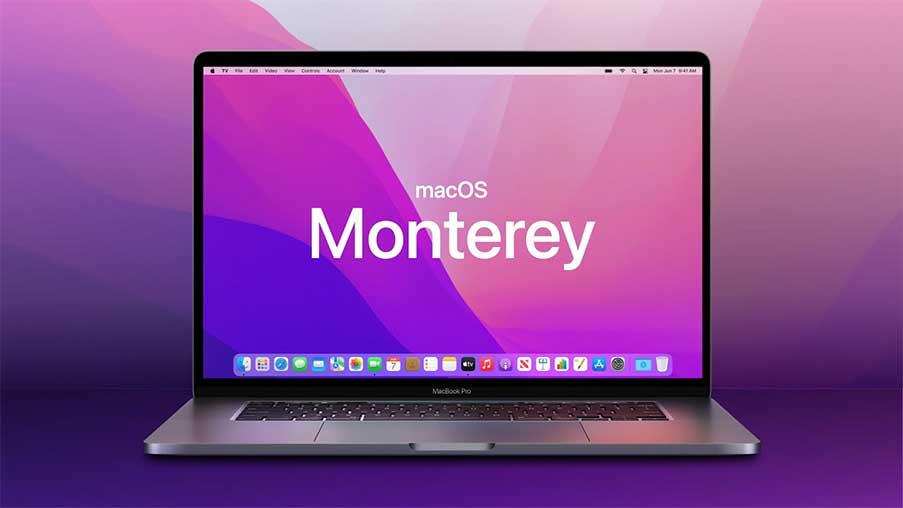 Apple’s new operating system for Mac, MacOS Monterey, is out now and has been for a little while now. After giving it some time to prove itself, we’re going to explore whether we should follow Apple’s advice to download right away or if we should wait it out for a further sub-update in our ‘Big Sur’ safe haven.

So let’s start with the pro’s of the argument…

MacOS Monterey: Why you should update now

The number one reason to upgrade your operating system right now is so you can experience the new Apple features that make our lives that little bit simpler. Below is a list of just some of the main features Apple has rolled out with the Monterey update:

Shortcuts (formerly known as workflow) on IOS and iPadOS has been a popular feature since 2019 after Apple bought the app technology from DeskConnect in 2017 and re-released it as a built-in app on their IOS 12 update. This technology is now also available for Mac users with the MacOS monterey update.

Shortcuts allows users to quickly accomplish complex tasks on their regularly used apps. Users can utilise the Shortcuts Editor to create and customise shortcuts to match their workflows. Shortcuts can automate a wide variety of things — for example, getting directions to the next event on your Calendar, moving text from one app to another, generating expense reports and more.

With the 12.2 update came the ability to wirelessly stream video, photos and audio from your iPhone/iPad onto your Mac using AirPlay. In addition to this you can actually mirror the screen activity of your iPhone or iPad meaning you can draw on your iPad/iPhone and it will mirror straight onto your Mac’s screen, great for graphic designers and illustrators! 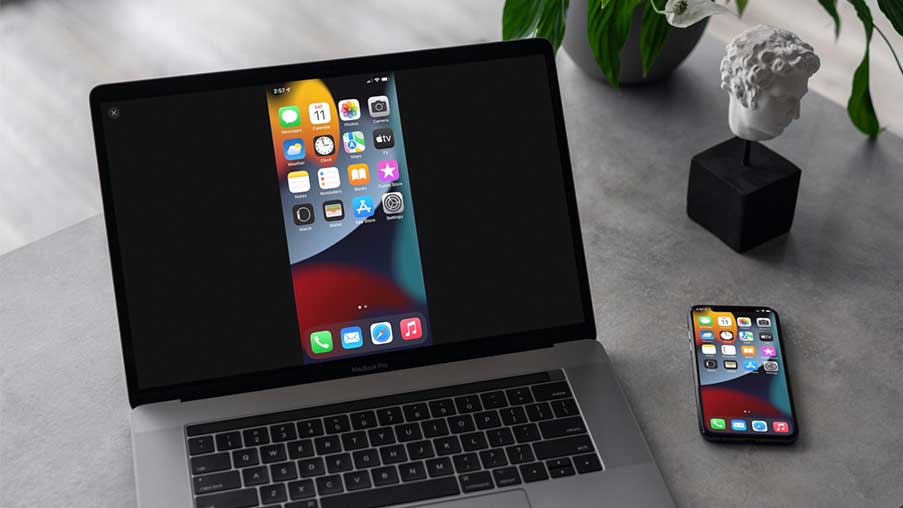 Here are the devices that are compatible with AirPlay to Mac:

The new SharePlay support allows users to share an experience while watching video, listening to music, or even an app window while on a FaceTime call. The people on the call can control the media that’s playing, and the callers can even make a playlist with Apple music. Right now SharePlay only works with Apple TV and Apple Music; support for other services will depend on those services adopting the SharePlay API and updating their services with support.

Facetime for Windows is here! Well, sort of. Users on Windows computers can now receive a link from a Mac user to join a Facetime call. They will however have to use the latest version of the Google Chrome or Microsoft Edge browser, and they’ll also need H.264 video encoding support to send video from their device.

This feature allows you to filter out certain notifications within a set time period, for example, you can tell your Mac to only deliver work related notifications between Monday-Friday, 9-5. Apple has provided a collection of preset Focus Modes but you can also create and customise your own.

Reset without having to reinstall the OS

Apple has now introduced a feature, much like IOS, where you can erase all user data, apps and settings back to factory default without having to then reinstall the operating system afterwards.

If you’re an iPhone or iPad user, I’m sure you’re already familiar with the low power mode feature, an option you can select to preserve the battery life of your device. Now the Mac has a low power mode too, and it does a similar thing: Reduces energy consumption by automatically turning down the screen brightness and system clock speed to save battery life and make your Mac run more quietly. 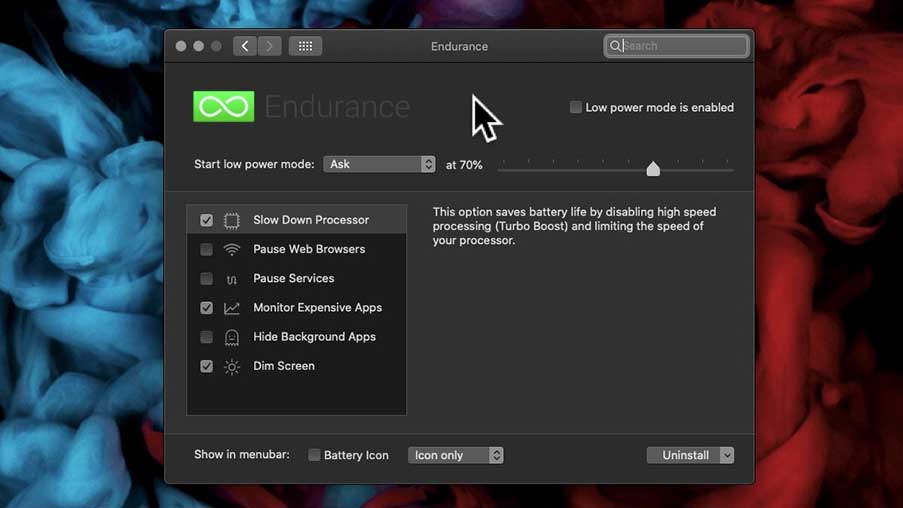 So now we get to the con’s of the argument…

MacOS Monterey: Why you should wait

Weighing in at number 1 is system bugs!

With the added pressure of each operating system increasing with every iteration, it comes at no surprise that Monterey is causing a decrease in your Mac’s battery life. This is especially noticeable if you are using an older, intel based Mac that doesn’t have the M1 chip.

On top of this several users are reporting an apparent Bluetooth bug that constantly wakes a sleeping MacBook, resulting in a drained battery. If you turn off Bluetooth before putting the MacBook to sleep, battery life is unaffected, so that’s a workaround you can perform if you really need to upgrade to Monterey. 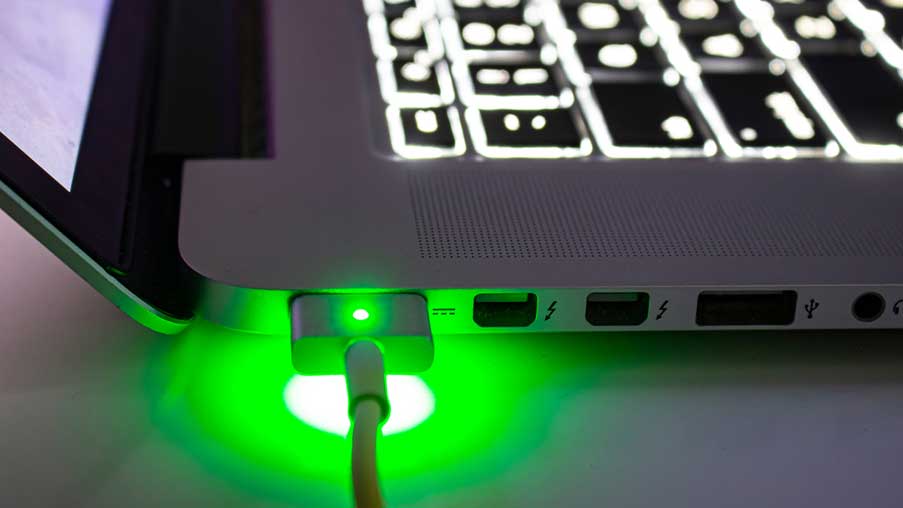 Again, if you’re running Monterey on an older Mac, you’re much more likely to experience loud fan noise. This is due to the additional stress the machine is being put under mentioned previously in ‘Poor battery life’.

Some Mac users are running into memory leak issues where applications and processes are staying active for longer than they should. In turn, they’re using up abnormal amounts of memory/RAM thus slowing the machine down.

Mac users are also reporting issues with their WiFi where it is only able to connect while in safe mode, while AirDrop has stopped picking up other devices completely.

Although this isn’t a bug, it’s very important to consider whether essential apps you use are going to be compatible with the latest operating system. The worst part is, once you’ve upgraded you can’t downgrade (unless you have a backup of your data on the previous operating system).

If you’re anxious to get your hands on the features that MacOS has to offer, transitioning over from Big Sur to Monterey should be a smooth experience IF, I repeat IF, you are using a newer MacBook (2017 and above). Other Macs earlier than this, although compatible, have seen many more problems arising from upgrading to MacOS Monterey.

With Apple’s general speediness in providing sub-updates for their operating systems, it’s not going to be long before upgrading to MacOS Monterey is going to come with far fewer cons than we’ve mentioned in this blog post. So it might just be worth waiting it out for another month or two.