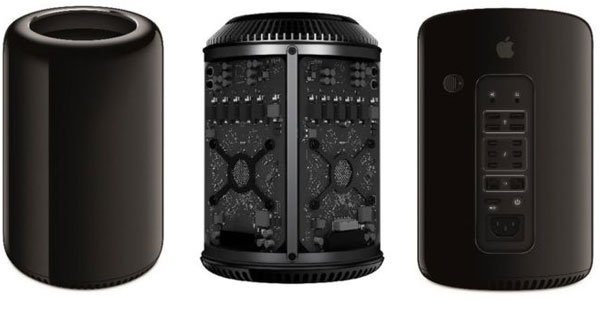 As a company, Apple admited that the design of the Apple Mac Pro 2013 wasn’t perfect. The user weren’t able to upgrade or modify not one component. Remember, the Apple Mac Pro it is specially designed for professional use. At some point, running a Graphics Design company, a Music Industry producing company, a Video editing or Film production company, a Photography company, which many of our customers are. You will need to upgrade the Hard Drive, the Memory Ram or the Graphics Card.

Long gone were the days when you could upgrade any of those. Because the mighty Mac Pro (with the Aluminum shell) was so rubust and reliable, that you could upgrade all that and it will keep working. We’ve sold so many during the years, we are very proud to say that we at Apple-Bay are specialists in Mac Pro. We can repair, upgrade and sale the Mac Pro for your needs. Mac Pro for Sale.

Apple, quite recently has announced a small twick to the 2013 Model (yes, that black box or similar to a rubbish bin). It will happen later in 2017 (according to a BBC Technology website).

Professional users has been complaining about this to Apple for quite some time, because Apple Inc. forgot about them. Professional users are the ones that spent so much money in a Mac Pro, the prices ranges from £2,999.00 to £3,899.00 in the UK.
Apple UK Mac Pro.

So, you might think that if you are spending or investing that much money, you will get the chance to upgrade later if you need to. You can’t do it today. But is only fair that if you buy an expensive car, you could replace the tyres if you need to.

Back in October 2016 they’ve launched a new MacBookPro laptops to the market with a touchbar but dropped the SD Card slot and they’ve also removed several ports found in earlier models.

Apple’s engineers explained in a press conference recently that they beleive in that the way to go is the use of several Graphics Card Unit (GPUs) working together, like the Mac Pro that was designed to use two in paralell.

Instead, the focal point for companies developing  Graphics Card are pretty much the design of components to maximise the output of a single GPU and give more as a result.

This is a major problem for the 2013 Model. John Ternus, Apple’s Chief Hardware said “The way the system is arquitected, it just doesn’t lend itself to significant reconfiguration for somebody who might want a different combination of GPUs. We realised we had to take a step back and completely re-architect what we’re doing and  build something that enables us to do these quick, regular updates and keep it current and keep it state of the art, and also allow a little more in terms of adaptability to the different needs of the different pro customers.”

Apple’s Software Chief engineer added to this: “I think we designed ourselves into a bit of a thermal corner, being able to put larger single GPUs require a different system architecture and more thermal capacity than that system was desined to accomodate.”

Really small change brought the 2013 Model, even less USB or Thunderbolt capacity were available, but you paid more.

Last week Apple also announced that they were going to start developing their own GPUs and they were not going to continue their contract with Imagination Technologies (British designer of the GPUs).

Lets wait and see what happens in the neglected house of the Mac Pro. 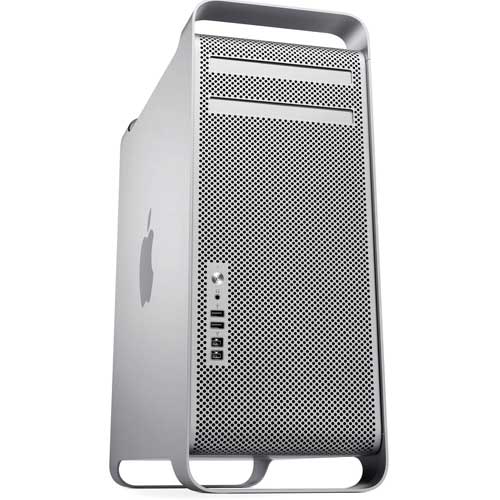