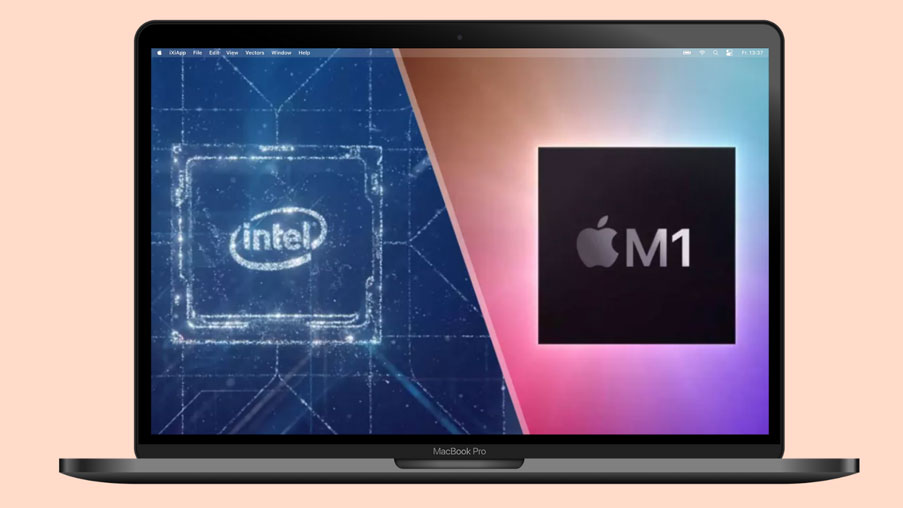 In November 2020, Apple announced the introduction of 3 new devices: a MacBook Air 13”, MacBook Pro 13” and a Mac Mini. On the surface they looked the same as their predecessors but something rumbled beneath that would mark the end of a 15 year partnership between Apple and Intel, hence the Apple M1 chip was introduced.

This new revolutionary technology is not only the CPU (Central Processing Unit) but also the GPU (Graphics Processing Unit) and Memory RAM combined into one tiny chip soldered onto the device’s logic board. During Apple’s announcement, Tim Cook, Apple’s CEO outlined the M1’s features while stating “it’s just better”. 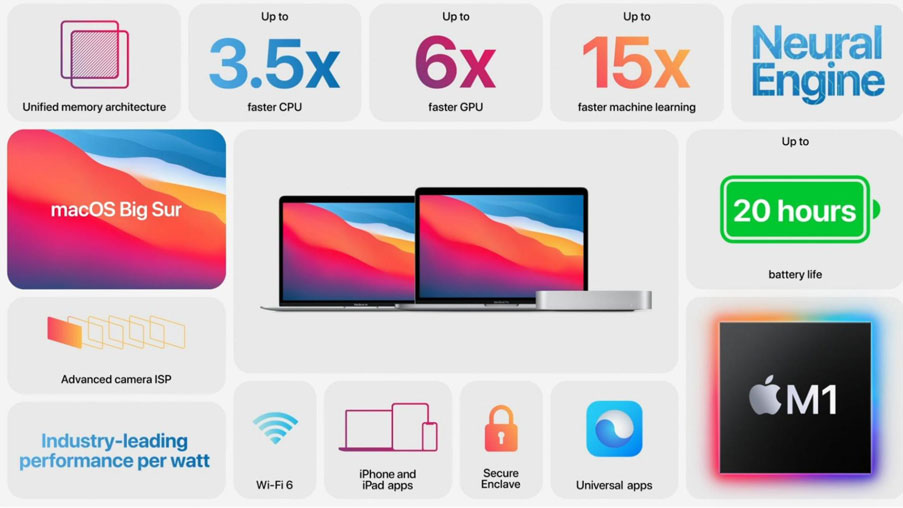 Just 1 year later, the M1 Pro and M1 Max were introduced with the familiar MacBook Pro 16” and the all new MacBook Pro 14”. Boasting even higher speed and better graphics than the previous M1, Apple’s announcement got the tech world talking once again. While most people take Apple at their word, we decided to take a deeper dive into asking the question ‘is the M1 all it’s really cracked up to be? 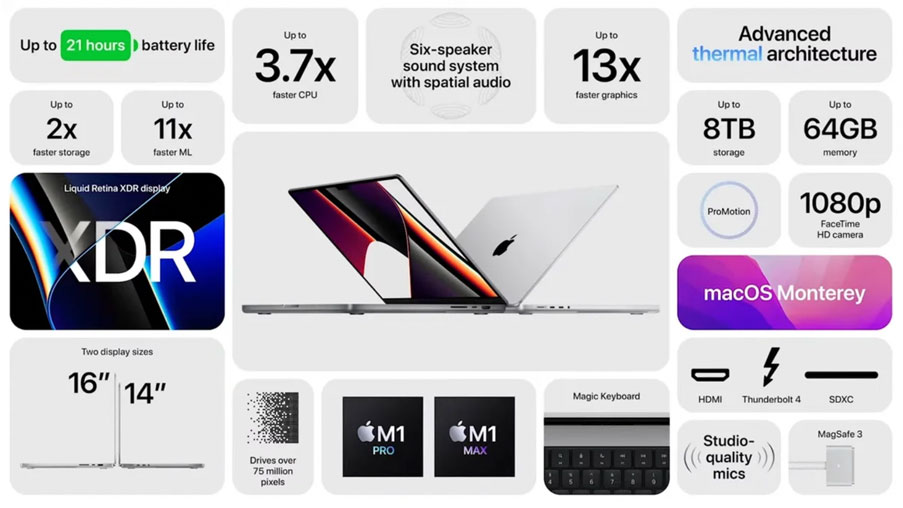 As always the way we will approach this question is by breaking it up into different categories: Performance, Battery Life and Price.

The most important aspect of a processor and in turn your laptop on a whole is the performance. For the better part of a decade, Intel chips were unrivaled in this department, hence Apple’s 15 year long partnership with them. This came to a swift halt in 2020 when AMD released their Ryzen 4000-series chips which according to LaptopMag, ‘outperformed Intel’s dual 10th Gen (Ice Lake and Comet Lake) offerings in many tests, while delivering excellent efficiency.’

Using Geekbench 5 as our reference point, we compared the MacBook Pro 13” mid 2020 Intel Quad-Core i7 2.3 GHz and the MacBook Pro 13” late 2020, M1 3.2GHz. Geekbench 5 scores are calibrated against a baseline score of 1000 (which is the score of an Intel Core i3-8100). Higher scores are better, with double the score indicating double the performance.

As you can see from the numbers, based on raw speed the M1 blows the i7 processor out of the water in both single and multi core use. That being said, Intel claimed this doesn’t always transfer over to real world applications while using the laptop for certain things. Intel claimed an unlisted system it tested with an Intel Core i7-1185G7 CPU and 16GB of RAM is 30% faster than the M1 chip while running Google Chrome and Microsoft Office tasks.

These claims by Intel should however be taken with a pinch of salt as most of these tests were conducted internally and reports even state they switched out the MacBook Pro for an Air to give the impression of better performance on certain categories like battery life on their Intel based machines. The majority of tests carried out by third-party companies found the M1 to have much better performance than the previous Intel model and current Intel based laptops.

According to LaptopMag ‘Apple’s latest laptops are among the longest-lasting on the market with the MacBook Pro surviving for an outstanding 16 hours and 32 minutes. The MacBook Air was just behind at 14 hours and 41 minutes. To emphasize, these are some of the longest run-times we’ve ever seen from any laptop.’

Let’s be totally frank, much like Apple’s iPhones the price of Macs seem to go up each year. For the new M1 you’re looking at roughly £1000+. That being said, I suppose the price category is subjective to your budget and what you would use the computer for. For those who need a laptop for general web browsing and email sending, you won’t generally need the extra power of the M1 chip and as a result, the intel based computers would make more sense in terms of price for you. If you are someone who uses your computer for CPU intensive programmes like video editing or music production, it may be worth looking at investing in an M1. The rendering speeds alone will cut your processing times by a significant amount and maybe even save you money in the long run depending on how much you charge per hour.

In today’s day in age whether you go for the Intel based Mac or the M1, either way you are going to get a good lasting machine. I guess really and truly it comes down to budget. Based on our findings, if you can afford an M1 machine then go for it, especially if you are someone who uses CPU intensive programmes like video/photo editing software or music production software. If you are someone who needs a laptop for general web browsing and word processing, have more of a limited budget or don’t necessarily need such a powerful machine, going for a refurbished/second-hand Intel based Mac may be your best bet.